Today, The Lovin’ Spoonful do not receive the same degree of attention or respect as Love, The Byrds or The Buffalo Springfield – no lengthy magazine retrospectives, no weighty box sets or ponderous TV documentaries. But during John Sebastian’s golden streak from 1965-1966, all seven of the Spoonful’s singles went top ten in the Billboard charts, an unprecedented achievement. Listening to these eighteen live TV recordings, the excitement they exude is contagious. The interview with Dick Clark does little to illuminate the band’s appeal, but then he was “trying to tell a stranger about rock’n’roll”. 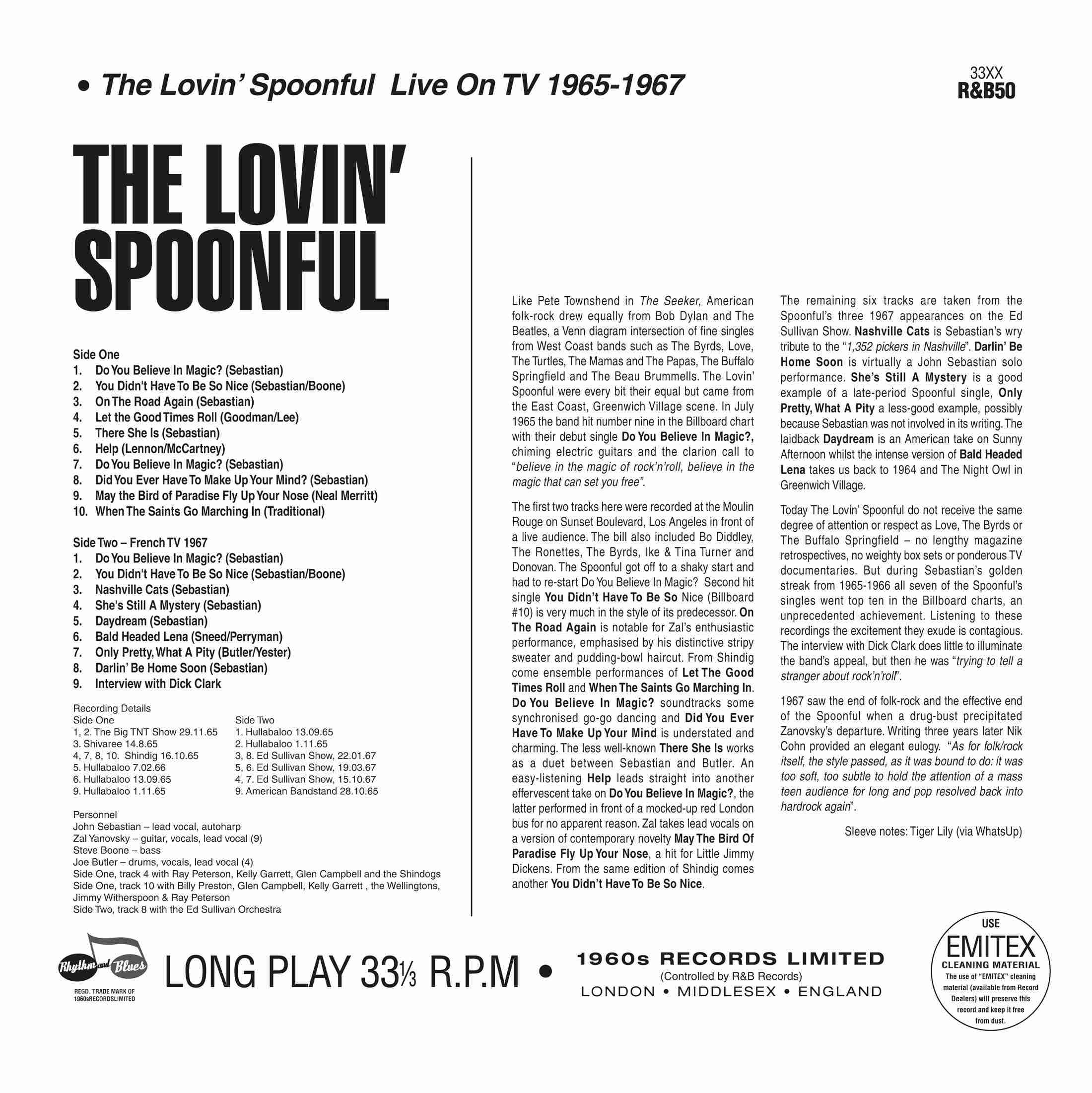